The Electric Motor has been around for at least 150 years and was the backbone of the Second Industrial Revolution in America. At that time the Electric Motor began to replace the steam-powered machines as the main source of power in industry. Over the years, many people have made great improvements in the design and manufacture of Electric Motors, however, nobody has yet changed the Laws of Physics that cause an Electric Motor to operate.

MET Motors manufactures one of the four major classes of Electric Motors, the DC Motor. This class of motor runs off of direct current, supplied by battery power, solar power, or rectified AC power. 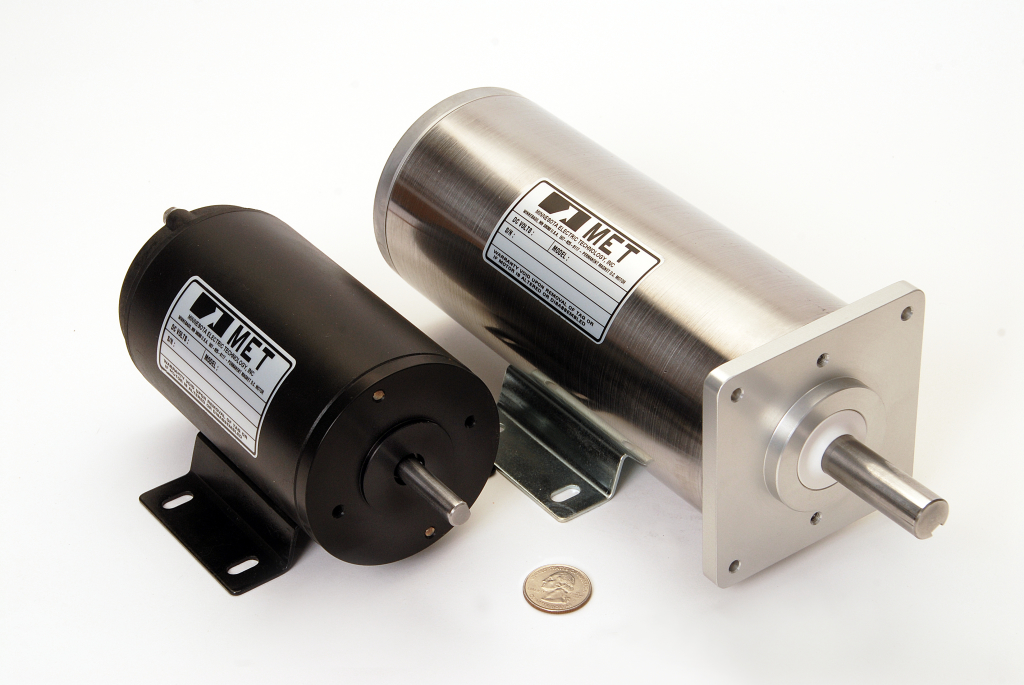 There are four major classes of electric motors:

MET Motors manufactures Permanent Magnet DC motors. Give us a call at (800) 373-3166 or send us an email at sales@metmotors.com.